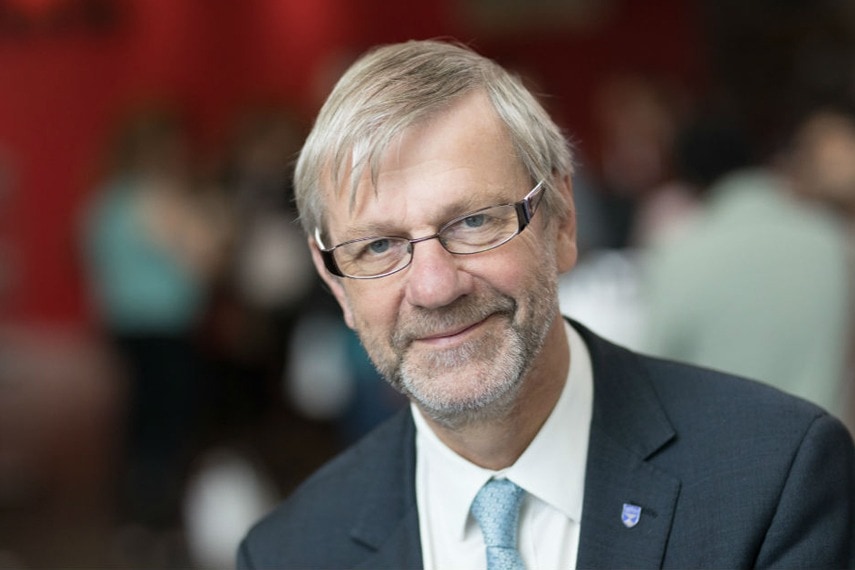 Pete joins Dynamic Earth from the University of Dundee, where he was Principal and Vice-Chancellor from 2009 until December 2018.

With a background in science and more than ten years’ experience in the commercial sector, Pete is well-equipped for the role. He is one of the UK’s leading biochemists, with an early career in the pharmaceutical industry and 30 years at the University of Dundee. Under his leadership, the University gained global recognition in life sciences; was consistently rated best in Scotland for student experience by Times Higher Education, and achieved record levels of research funding.

In 2015, Pete received a knighthood in 2015 for services to life sciences and higher education. He also played a leading role in bringing the V&A to Dundee, and was a founding partner of Design Dundee Ltd, which delivered the V&A project.

Commenting on his new role, Pete said: “I was hugely attracted to the concept of Dynamic Earth at a period in the planet’s history when it is deeply threatened by human activity and when it could not be more important for people – especially young people – to understand its origins and how it works.

“I was immediately impressed with the qualities of trustees and staff with whom I met who were not resting on their laurels, but keen to develop Dynamic Earth as an informative and entertaining attraction with an underlying educational mission of great significance. As the attraction celebrates its 20th anniversary this year, it’s an extremely exciting time to be joining the team.”

John Simpson, chief executive officer at Dynamic Earth, added: “It is a huge coup for us to attract Pete to the Board at Dynamic Earth. His vast experience in organisational leadership, education, public communication of science and scientific creativity will be of huge benefit to our business, and we look forward to working with him.”

Our Dynamic Earth is the only visitor attraction in the UK solely dedicated to the story of Planet Earth and is also one of the leading conference and gala dinner venues in Edinburgh. To start planning your event, visit the venue page or complete an enquiry form.