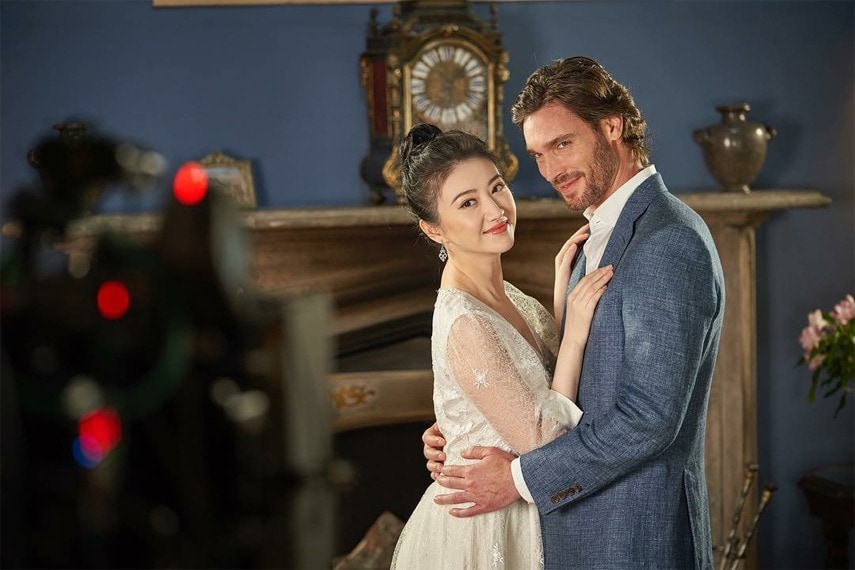 Winton Castle recently opened its doors to Freak Films as they shot the Scottish chapter of Ganten Water’s next TV advertising campaign. A production crew of nearly sixty people set up camp on the estate, making the Castle and its beautiful surroundings their film set.

The lead role is played by Chinese superstar Jing Tian, who has cemented her status in recent blockbusters such as ‘The Great Wall’ alongside Matt Damon, ‘Kong: Skull Island’ and ‘Pacific Rim Uprising.’  Jing Tian is an entrepreneur in her own right, with her own business empire based in China, and she is one of the highest net-worth actresses in the world.

“Please thank everyone at [Winton Castle] for their amazing help and support, it was greatly and totally appreciated,” says Hamish Allison, CEO of Freak Films.

It was an honour for Winton to host the CEO of Ganten Water, the largest water production company in the world by volume, generating over 40 million litres of water a day.  The CEO himself has a true love of the country, choosing previous commercials to be filmed in and around Edinburgh and the Lothians. 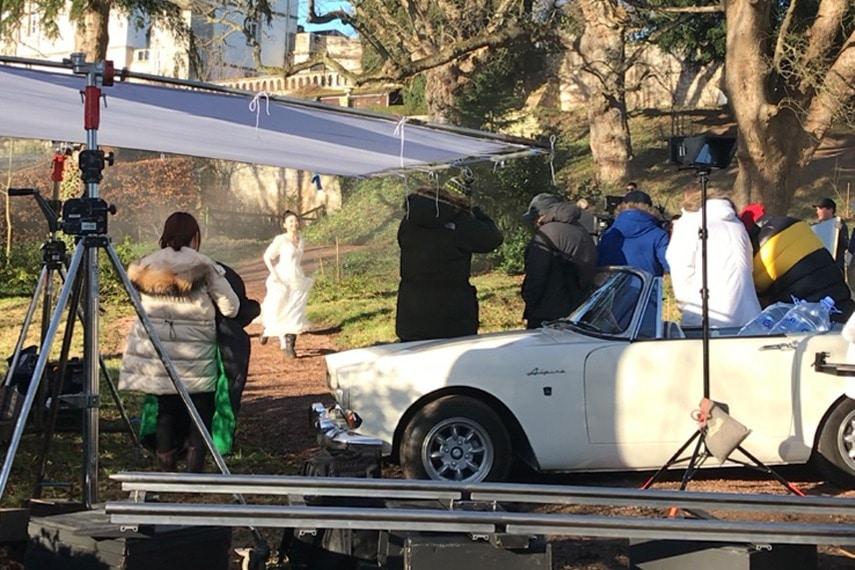 Playing her love interest is Donny Lewis, an American model, actor and writer, who has been commissioned by Amazon Prime to write and star in the upcoming series ‘Oasis Bound’.

It was fascinating to catch a glimpse behind the scenes of such an important shoot and learn the intricacies of filming. From scouring the 2,400-acre estate to find the perfect tree for Jing Tian to climb, to keeping her warm and dry, while dressed in a beautiful gown.

Winton also lent itself to several other beautiful backdrops including a woodland driveway with a classic Sunbeam Alpine car, and a gorgeous Georgian fireplace in the castle’s stunning Octagon Hall.  The thought and vision behind the project was spellbinding and the team at Winton cannot wait to see the finished result.

“It was a genuine pleasure to meet you and many others as part of the team filming at Winton these past two days… My personal thanks to you all (Ganten & Freak Film) for bringing something out of the ordinary to our side of the country,” says Francis Ogilvy, owner of Winton Estate.

Looking for a photography or filming location of your own? Use our quick search tool and get in touch with multiple venues at once using the enquiry form.