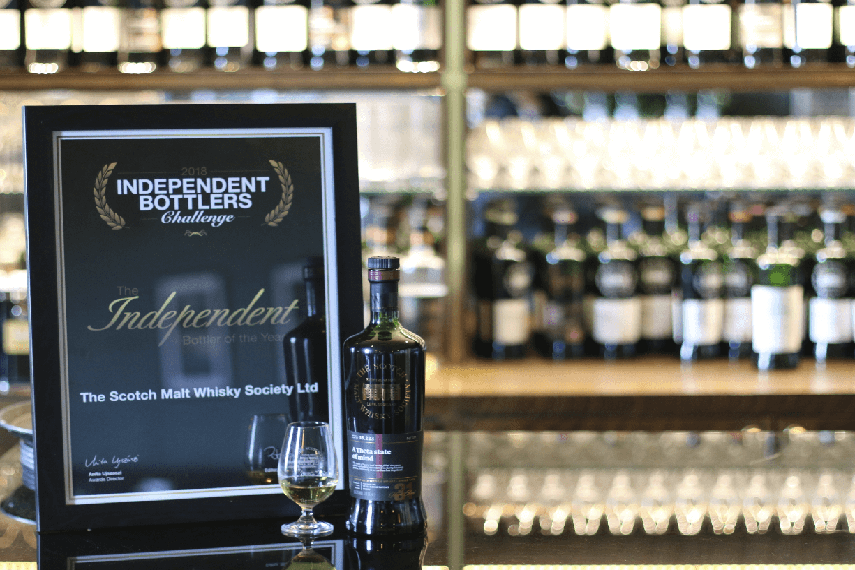 What a year it’s been – and what a conclusion! As The Scotch Malt Whisky Society’s year of 35th anniversary celebrations draws to a close, the prestigious whisky company have retained the title of Independent Bottler of the Year in Whisky Magazine’s Independent Bottlers’ Challenge (IBC) competition.

The Society also won the regional awards for Independent Bottler of the Year for Campbeltown, Lowland, Grain, Irish and Japanese whiskies. And that’s not all – SMWS also won the overall award for Bar Group of the Year, and 28 Queen Street was highly commended in the Whisky Bar of the Year category.

“This is a fantastic accolade for the Society as a whole, for the quality of our single cask, single malts, and the consistently high standards we set,” said Kai Ivalo, spirits director at the SMWS. “It’s also worth noting that we’ve now won the IBC Independent Bottler of the Year award for six of the past nine years.”

This final accolade as Independent Bottler of the Year for 2018 concludes the Society’s most successful year of awards, with the ‘Best in Show’ award among our wins in the Luxury Masters competition, 11 awards in the International Wine and Spirits Competition, 12 awards in the Scotch Whisky Masters, and an unprecedented seven double-gold medals out of our seven total whiskies submitted at the San Francisco World Spirits Competition.

Access to the Society’s award-winning whiskies is just one reason why they are the world’s leading whisky club – it’s also a place where whisky lovers can come together to share their passion for single cask, single malt.

To find out more and to join the SMWS, visit the website.

A date has been set to welcome visitors back to @TheBotanics, we cant wait! 🌻🌸💐🌺https://t.co/NPHqByJ2Tw