The Botanics plans year of events to mark 350th anniversary 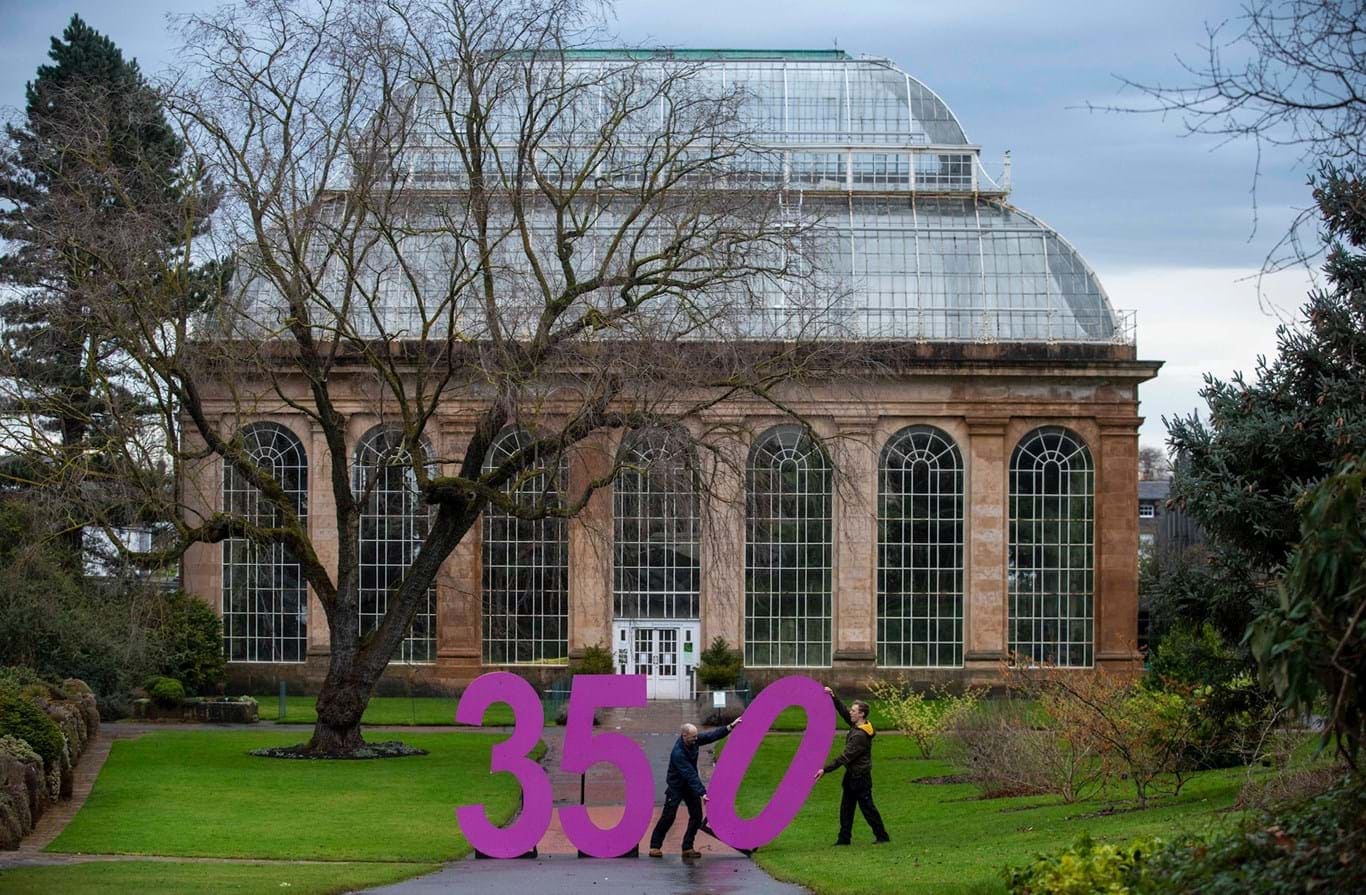 As it marks its 350th year, the Royal Botanic Garden Edinburgh highlights urgent need to protect the world’s plants.

The Royal Botanic Garden Edinburgh will mark its 350th anniversary by undertaking a year-long programme of events and activities to celebrate its historic collections, its national and international achievements and to highlight the growing need to protect the world’s plants. The global challenges of the climate crisis and biodiversity loss will provide the focus of the organisation’s effort for years to come.

The organisation has revealed a packed programme of events for 2020, from a research expedition to Papua New Guinea to a big birthday party for the public during summer.

Regius Keeper Simon Milne MBE said: “We live in unprecedented times as we face the twin and related challenges of the climate emergency and biodiversity crisis. All known life depends on plants, yet one in five species is threatened with extinction. The breadth, depth and worldwide reach of the Botanics places it, and Scotland, at the forefront of efforts to further understand and conserve plants and fungi.

“The Botanics is a treasured national and international institution thanks to the inspired work of so many people over the centuries. I am delighted to invite everyone to help us celebrate this anniversary.”

Some highlights from the 350th Programme include:

The story of the Royal Botanic Garden Edinburgh began in 1670 when two intrepid doctors, Andrew Balfour and Robert Sibbald, established a physic garden near the Palace of Holyroodhouse to study and supply plants for medicinal purposes. The Garden prospered and, in 1675, moved to a larger site at Trinity Hospital, where Waverley Station now stands. In 1763, under the leadership of John Hope, with an endowment from the Crown and Royal status, the Garden moved from the Old Town to Leith Walk. It remained there until 1820, when the Garden began the move to its current site in Inverleith.

The Botanics’ has an impressive history of achievements. These include: Playing a critical role in the development of the moss Sphagnum for field dressings which saved thousands of soldiers’ lives in the First World War; characterising the plant biodiversity of many species-rich habitats and countries around the world, and developing new approaches using DNA to understand plant biodiversity. The Garden has produced cutting edge and influential research publications dating back to the 17th century and during this time has established critically important collections of plants from around the world as a vital resource for research and conservation.

Today, the Royal Botanic Garden Edinburgh is one of the world’s leading botanic gardens, working in partnership with more than 35 countries on research and horticulture projects. Its scientists discover and describe an average of one plant species new to science every week. Each year, its four Gardens in Scotland – Edinburgh, Benmore, Dawyck and Logan – attract over one million visitors and its education programmes reach 12,000 students around the globe. Regius Keeper Simon Milne said: “The need for botanic gardens such as ours has never been so great. Our work not only focuses on innovative and vital research but also inspires people to enjoy, understand and help protect the amazing world of plants.”

Scottish Government Environment Secretary Roseanna Cunningham added: “The First Minister was the first national leader to declare a global climate emergency, and we have put in place the most stringent climate legislation of any country in the world. Through innovative plant science and conservation, the Royal Botanic Garden Edinburgh places our nation at the forefront of international efforts to respond to the challenges of climate change and biodiversity loss and the clear links between them.

“The Royal Botanic Garden Edinburgh is the guardian of Scotland’s National Botanic Collection of living plants, herbarium specimens, books and archives. It is a significant asset, a botanical resource that is used at home and around the world to help solve global biodiversity challenges, and a collection of which we should all be proud. I am delighted to celebrate 350 years of the Botanics and look forward with hope and optimism that its ground-breaking work will play a vital role in addressing the environmental challenges of the future.”

In 2020, the Royal Botanic Garden Edinburgh will also undertake a major fundraising campaign to protect its spectacular and globally significant plant collection within its extensive Glasshouses. Edinburgh Biomes, the most visionary project in the Garden’s entire history, involves the restoration of its listed Glasshouses and decaying research Glasshouses to avoid the loss of up to 4,000 plant species. The project also involves building cutting edge research, horticulture and education, enabling the Garden to continue its pioneering work.

For more information about hosting an event at one of Edinburgh’s unique outdoor venues, search and filter locations using our quick search tool and get in touch with multiple venues at once using the enquiry form.