Ask the expert: Head of Events at Scotch Whisky Experience »
Feel the magic of Christmas at The Hub » 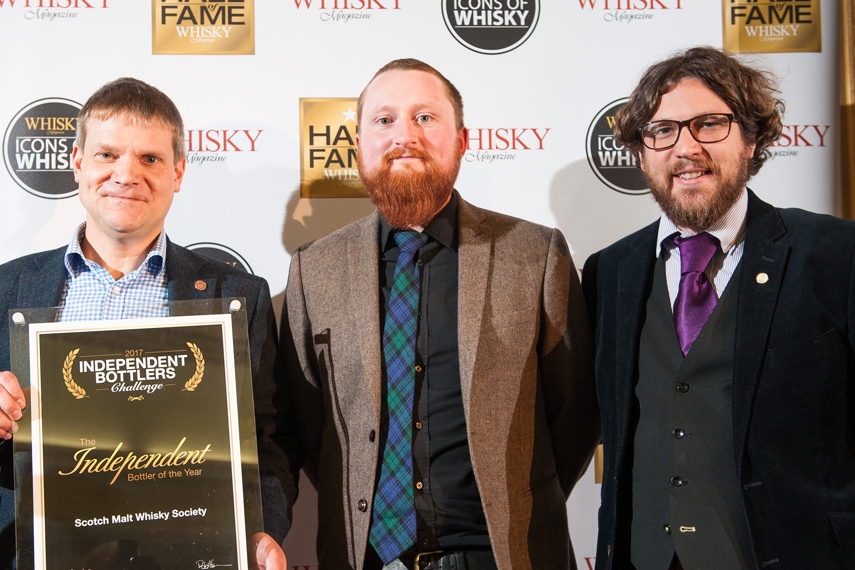 The IBC award demonstrates the extremely important role that independent bottlers play within the whisky industry, offering consumers expressions from distilleries where ‘house’ bottlings are rare or non-existent, as well as single cask and limited-edition releases at unusual ages and a range of strengths.

The Independent Bottler of the Year award concludes an extremely successful year for the Society, with a suite of prizes in a range of international competitions, including The Luxury Masters awards, the IWSC, International Spirits Challenge, the San Francisco World Spirits Competition, the Ultimate Spirits Challenge, and the Scotch Whisky Masters.

“This year has been one of the busiest and most successful in The Scotch Malt Whisky Society’s history, and winning the overall title of Independent Bottler of the Year is fantastic recognition of the outstanding quality of the whisky we offer our members,” said Kai Ivalo, spirits director at the SMWS.

“We go to great lengths to source for our members the very best casks from a wide range of distilleries and offer a huge variety of bottlings in our monthly Outturns.

“Winning the overall title, as well as gaining recognition for the best bottlings in the individual Campbeltown, Speyside and Grain categories, is a great endorsement for what we do and demonstrates the consistent excellence of our single cask, single malts.”

To access the Society’s award-winning whiskies, join now by visiting the website. A list of all the bottles that helped the Society win the title of Independent Bottler of the Year 2017 can be accessed here.