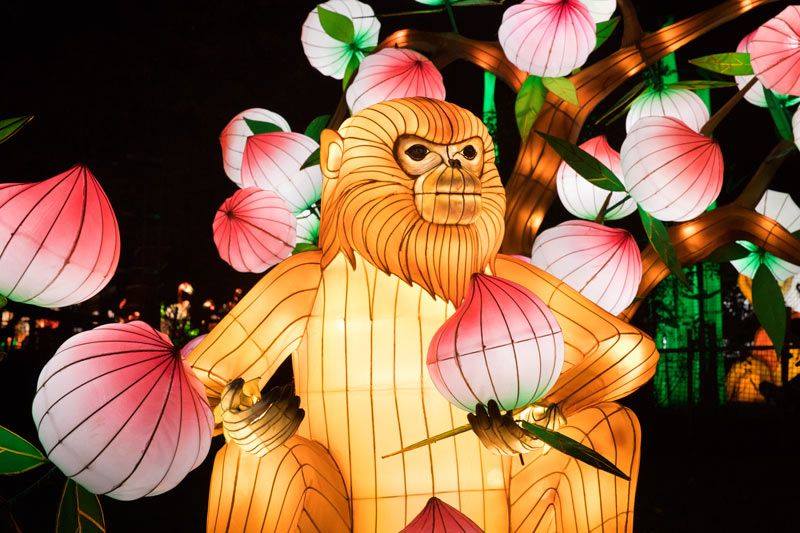 Unique Venue, Edinburgh Zoo has won a coveted award for its spectacular lantern festival event by taking home gold at this year’s Giant Panda Global Awards as it marks 155,000 visitors in just two years since its launch.

The Giant Lanterns of China, Scotland’s only Chinese lantern festival, was inspired by the Royal Zoological Society of Scotland’s (RZSS) worldwide animal conservation work and the cultural heritage of Sichuan Province, China – where the Zoo’s resident giant pandas were born.

The annual international award ceremony, this year held in Rhenen, the Netherlands, celebrates Zoos, events and ambassadors across the world that specialise in giant panda conservation. Each category was voted for by a network of over 300,000 panda experts and enthusiasts making it the world’s biggest celebration of the endangered species.

Kirsten Wilson, a University of Edinburgh PhD student working with the Zoo’s panda conservation team in partnership with the MRC Centre for Reproductive Health department, also took home silver in the Promising Young Scientist of the Year category.

Barbara Smith, chief executive at RZSS Edinburgh Zoo, said: “The Giant Lanterns of China has been the most successful event in our history. To have it recognised at an international level is testament to that. Bringing back Scotland’s only Chinese lantern festival to the Zoo for a second year has given us the opportunity to showcase our conservation work around the world in a new light.”

The Giant Lanterns of China event was created in partnership with the VYA Creative Lantern Company, DDM Entertainment and Events Inc and the Confucius Institute for Scotland.