20 years of the Hub: A chat with Benjamin Tindall 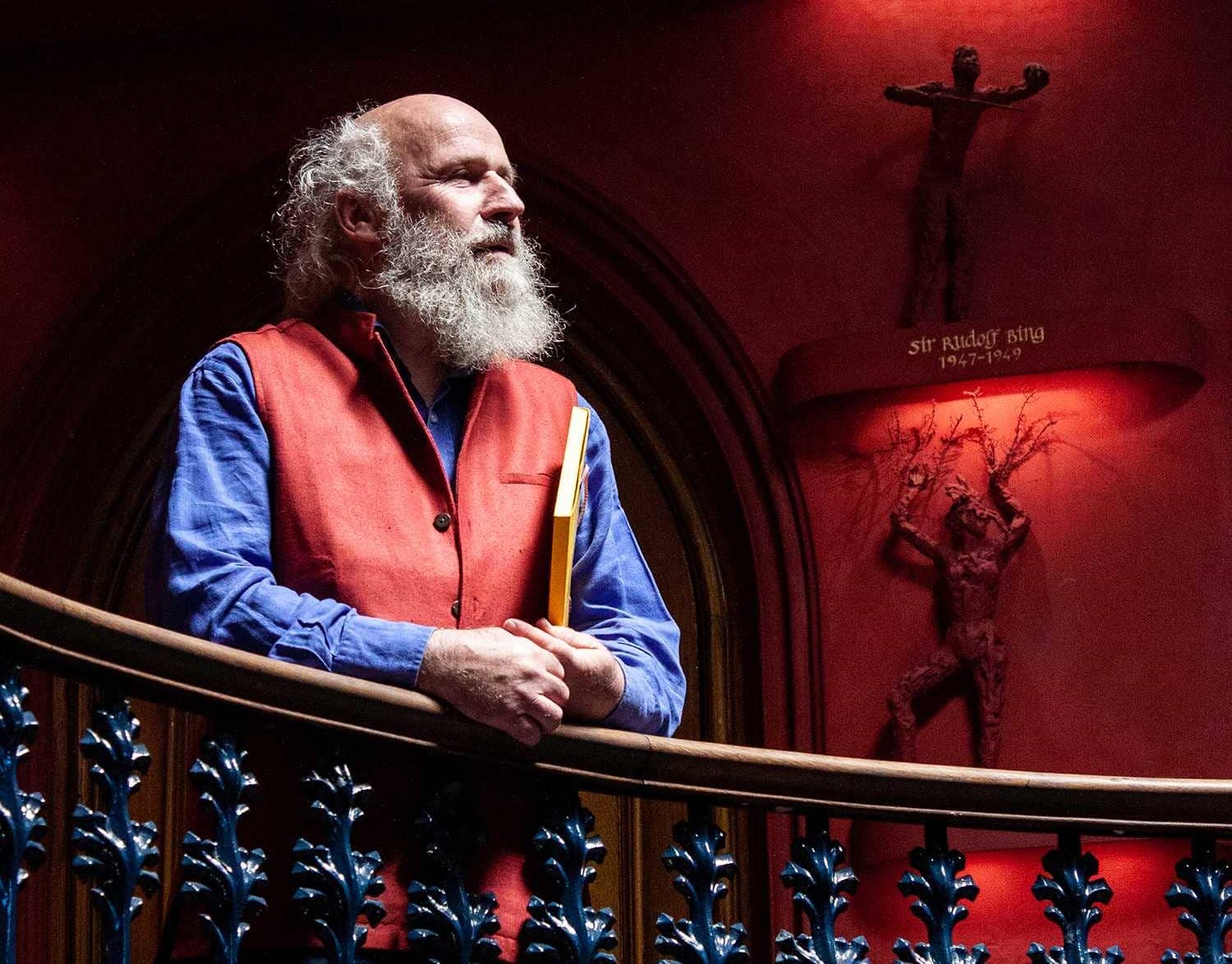 A guest blog from unique venues member, the Hub.

Completed in the 1844, this unique venue at the top of the Royal Mile inevitably has a great depth of history. Although now a beautiful venue for weddings and events, it was originally built as ‘The Victoria Hall’ and opened as Edinburgh’s Festival Centre in 1999. Twenty years later the team have chatted to Benjamin Tindall who was the architect at the time of the alterations.

The challenge that architect Benjamin Tindall faced was how to take a dilapidated but undeniably special building and turn it into the physical representation of the synergy and creativity that is the hallmark of the Edinburgh Festival.

It needed to be bold and colourful, and to include arresting artworks and design to reflect the vibrancy and contemporary spirit of the Festival. At the same time, he was converting a landmark Gothic Revival building that held a commanding position on the Royal Mile, and which had been designed by James Gillespie Graham with the famous Augustus Pugin.

The creation of The Hub, as we know it, was one of the most complex conservation projects ever undertaken in Scotland, with more than 1000 people contributing to its five-year overhaul. By the end of the project there was no bit of the building that Benjamin did not know and understand: from the 241 foot tall spire – which he scaled despite its scaffolding, to watch the 1998 Festival fireworks – to the detail and scale of the mouldings and floor plan.

Benjamin knew he had absorbed the essence of Pugin’s architectural vision when he needed to create an additional fire exit from what is now Cafe Hub. Knowing the exit needed to fit Pugin’s elegant proportions he came up with a design he thought would match. During the works the original mouldings were uncovered and to his surprise and relief Benjamin found he had got the size, placement and proportions exactly right.

Crucially, Benjamin designed a way to respect the integrity of Pugin’s design as well as the building’s original purpose as a place of assembly, yet be playful with the interior spaces and allow what seems at times an unfettered creative approach.

Stand out elements include the sculpture stair, decorated with more than 200 figures painted a rich carmine red. In much the same way as medieval masons included carved caricatures of well-known faces among the buttresses and arches of cathedrals and abbeys, the figures representing the first 50 years of the Edinburgh Festival also include friends of the artist, and some of the people who worked on the project alongside Benjamin Tindall.

When The Hub re-opened once more, the brightness and concentration of differing styles, design and artworks signified that a standout venue had been created. And 20 years later, it is still vivacious and proved itself to still be a beacon on the Royal Mile, made for gatherings and good times.

Today The Hub is packed full of visitors from the world over.  It houses a thriving box office for the Edinburgh International Festival and is regularly host to some of Edinburgh’s largest and best gala dinners, unique and unusual weddings and conferences.  Its vibrant tones create a stunning backdrop and make beautiful stunning photographs – despite its history, it’s a timeless venue.

To find out more about the Hub, or to bring your next event to this venue, please visit the venue page and complete an enquiry form. The events team can also be contacted on 0131 473 2015.